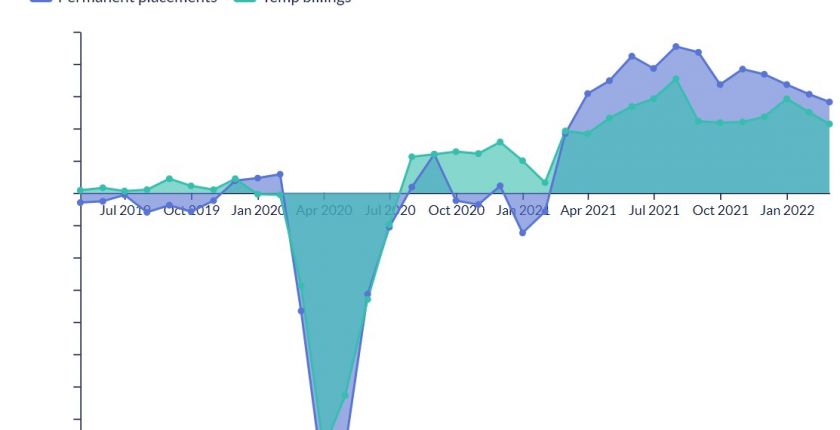 Demand for staff increases at fastest rate for six months.

It seems that the candidate shortage is deepening and restricting growth of both perm and temp placements. That is, according to the latest KMPG and REC Report on Jobs, which reported figures from March 22.

The demand for staff has seen a steep increase but the availability of candidates to fill those roles dropped at the quickest rate for four months. So, having the right connections and knowing the right people in the sector is key to our job as recruiters as we hunt down these elusive candidates.

Researchers at KMPG cited that a generally low unemployment rate, uncertainty related to the pandemic and Ukraine war, fewer EU workers and robust demand for staff had limited worker availability were the reasons given for the state of the employment market. Moreover, the rate of inflation was the sharpest in 24-and-a-half years of data collection amid reports of intense competition for staff.

On the vacancy front recruiters indicated stronger rises in both permanent and temporary staff demand in the latest survey period, with the former noting the steeper rate of growth.

As availability of candidates rises, so do the salary packages aimed at attracting them – new permanent joiners’ salaries have risen at the quickest rate on record! But, as these rates of increase fell to 12 and 11 month lows, respectively. Recruitment firms across the board say that candidate-shortages continued to weigh on their ability to fill vacancies.

March survey data also pointed to a broad-based increase in temporary staff demand, with Hotel & Catering topping the rankings. As was the case for permanent vacancies, the slowest increase in short-term roles was signalled for Retail.

So, it’s a candidates’ market and there appears to be no better time to look around for a new role while salary packages are at a competitive high.